Advocacy Mondays: F.E.A.S.T.ing in the UK

As Laura Collins has written in her blog “F.E.A.S.T. is the ONLY international eating disorders parent organization. Parent support and advocacy is what we do, and it is all we do”.

I would add that we do it wherever in the world families are.

The Around the Dinner Table Forum, the F.E.A.S.T. website and facebook page, and all the other
resources made available by F.E.A.S.T are there for parents, 24/7 wherever they are in the world.

So why have a separate task force in the UK?

The F.E.A.S.T. UK task force was the brain-child of Charlotte Bevan “Mother, wife, farmer, C of C and M Productions” friend and all round super-star. Charlotte died of cancer in January and since then
we have been a bereaved community, looking back to all the great things that Charlotte achieved,
and the enthusiasm and directness with which she did them. Can we really keep up any of the
momentum Charlotte achieved?

The answer, at least in my case, is probably not, but we have a duty to try. We also have new
parents joining us all the time with fresh drive and enthusiasm to rail against poor treatment and
cheer on positive initiatives.

Eating Disorders are the same world-wide. The importance of including parents in treatment is
the same whether the family are in Aberdeen or Abu Dhabi. However societies and the medical
systems within which parents and their children live vary and there are particular challenges and
opportunities faced by parents in the UK. It is those that the UK Task Force aims to address.

Our Healthcare system is unique and wonderful. Knock it, particularly if you are not from the UK, at
your peril! It does not however allow for choice in mental health care. Eating Disorders are poorly
understood by many in the medical community, a situation far from particular to the UK, financial
resources are stretched and provision just is not good enough in many areas. Our Parliamentary
system is also unique, if not as universally loved. The influence of government over health does,
though, give us, the voting public, a chance to voice our concerns directly to our parliamentarians.
Recent examples of this have included a petition to the Department of Education to make mental
health awareness compulsory on the National Curriculum, representation at an event in the House
of Lords on women’s health and preparation for a House of Commons lobby on specialist provision
for rarer health conditions. Increasing devolution of power and influence to the national parliaments
of Scotland and Wales has meant increasing opportunities to lobby them, ones vigorously taken up
by several of our task force members.

Our system has allowed us to work with providers on conferences and presentations in a way
that would not be possible in a more market driven one. As Laura Collins has stated “F.E.A.S.T. is
independent: we neither solicit nor accept donations or sponsorships from treatment providers
or companies that sell products to families: that’s almost unique in the ED advocacy realm and
it matters.” It matters here too, but the way healthcare is funded in the UK means that there is
definitely no queue of providers lining up to sell parents their shiny treatments. There are providers who have made working with families their main mission, and we have had particularly good links
with Professor Treasure’s team at the Maudsley Hospital who have run conferences with us, and
welcomed us to their events even when even when some of our number have laid down challenges.

The press and the voluntary sector are different in the UK too. I’m not sure that charities or not for
profits are even called “the voluntary sector” in any other countries. In the UK parents have worked
with BEAT, our largest national eating disorders charity, smaller local charities and campaigning
organisations such as Men Get Eating Disorders Too. Several brave souls have been interviewed
by the press. Others use twitter or the comments sections to get the message across that eating
disorders are serious, treatable, mental illnesses.

The greatest current example both of working with professionals, and of charitable campaigning
is Charlotte’s Helix. Set up by Charlotte Bevan herself who complained loudly when for reasons of
funding sample collection for the AN25K Challenge was restricted to the United States, Scandinavia
and Australia “what’s wrong with British Blood”, Charlotte’s Helix aims to raise enough money and
awareness to add 1,000 samples to the international genetic research project that is working to
“crack the code” and understand what makes some people more predisposed to an eating disorder.
All this is being done in collaboration with the international AN25K project and Kings College
London. Fundraising suggestions so far include cream teas and cricket matches. Any ideas less
reminiscent of Downton Abbey are also welcome, but sometimes it’s fun to play to our stereotypes. 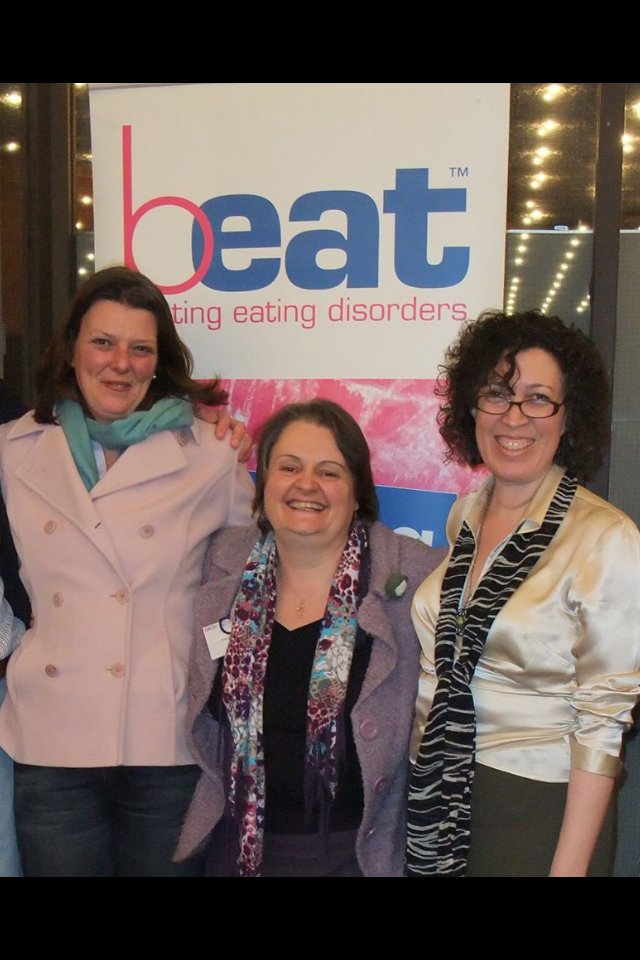